A Brief History Of Kayaking

A Brief History Of Kayaking

As mentioned earlier, the kayak was originally invented by the Inuit and Aleut tribes of Arctic North America over 5,000 years ago for use in hunting. The Greenlandic word qajaq actually translates to “hunter’s boat.” Early kayaks were made from whatever materials were available for construction, including whalebone, driftwood, seal skins, and animal hides. They were made waterproof by using a layers of rendered down whale fat.

Even these very early models of kayaks showed design differences that we would recognize today. Kayaks designed for fishing and hunting had a wider beam and higher rocker, similar to today’s fishing and recreational kayaks, while those used to travel long distances were slimmer with a longer waterline, like modern touring kayaks.

The kayak found its way to Europe in the early to mid-1800s as a fabric covered frame boat, and kayaking as a sport began to grow in popularity in western Europe. Kayaks also maintained their practical use in icy waters, and expeditions to the North and South Poles carried them to navigate through ice floes and partially frozen rivers.

The first recorded use of using a kayak for whitewater running was in 1931, when a German named Adolf Anderle became the first person to kayak down the Salzachofen Gorge. The International Scale of River Difficulty was established not long after to classify how dangerous a river’s rapids were, and is still in use today.

Recreational kayaking did not properly take off until the middle of the 19th century when it was popularized by Britain’s John MacGregor. In 1845, MacGregor commissioned the construction of a series of cedar and oak decked canoes called “the Rob Roy.” Using the Rob Roy, he explored rivers and lakes throughout Europe and recounted his adventures in a book called “A Thousand Miles in the Rob Roy Canoe.”

The book was immensely popular in Europe and, and in 1873 led MacGregor and his Canoe Club to introduce kayaking as a competitive sport and organizing a regatta. In 1924, kayaking was introduced as a demonstration sport in Paris at the 8th Olympiad, and in 1936 the sport returned to the Berlin Olympics as a full medal sport. Whitewater slalom kayaking was later added as another Olympic sport for paddlers to compete on at the world stage.

Initially, the design of kayaks was restrained by the materials used in their construction. When the first fiberglass kayak was invented in the 1950s, it represented a sea of change in the way kayaks could be made. Fiberglass kayaks were sturdier and weighed less than traditional wooden or covered hull kayaks, and were extremely versatile. In 1984, the first plastic kayaks came onto the market, and in recent years kevlar has become a popular material for kayak hulls.

The use of lighter and hardier materials in kayak construction allowed for the huge diversification of hull designs we see in modern kayaks. Lightweight but impact resistant plastics led to a multiplicity of whitewater kayaking hulls designed for different environments. Without the invention of the plastic hull, it would not have been possible to construct the smaller, more agile ‘yaks such as the squirt boats and waveskis.

Similarly the use of stiffer fiberglass and kevlar hulls has allowed for the design and construction of longer and sleeker touring and sea kayaks. With a longer waterline and larger carrying space, these expedition kayaks allow paddlers to spend the entire day on the water, travel long distances, and carry enough gear to stay safe and comfortable.

Enjoyed A Brief History Of Kayaking? Share it with your friends so they too can follow the KayakHelp journey. 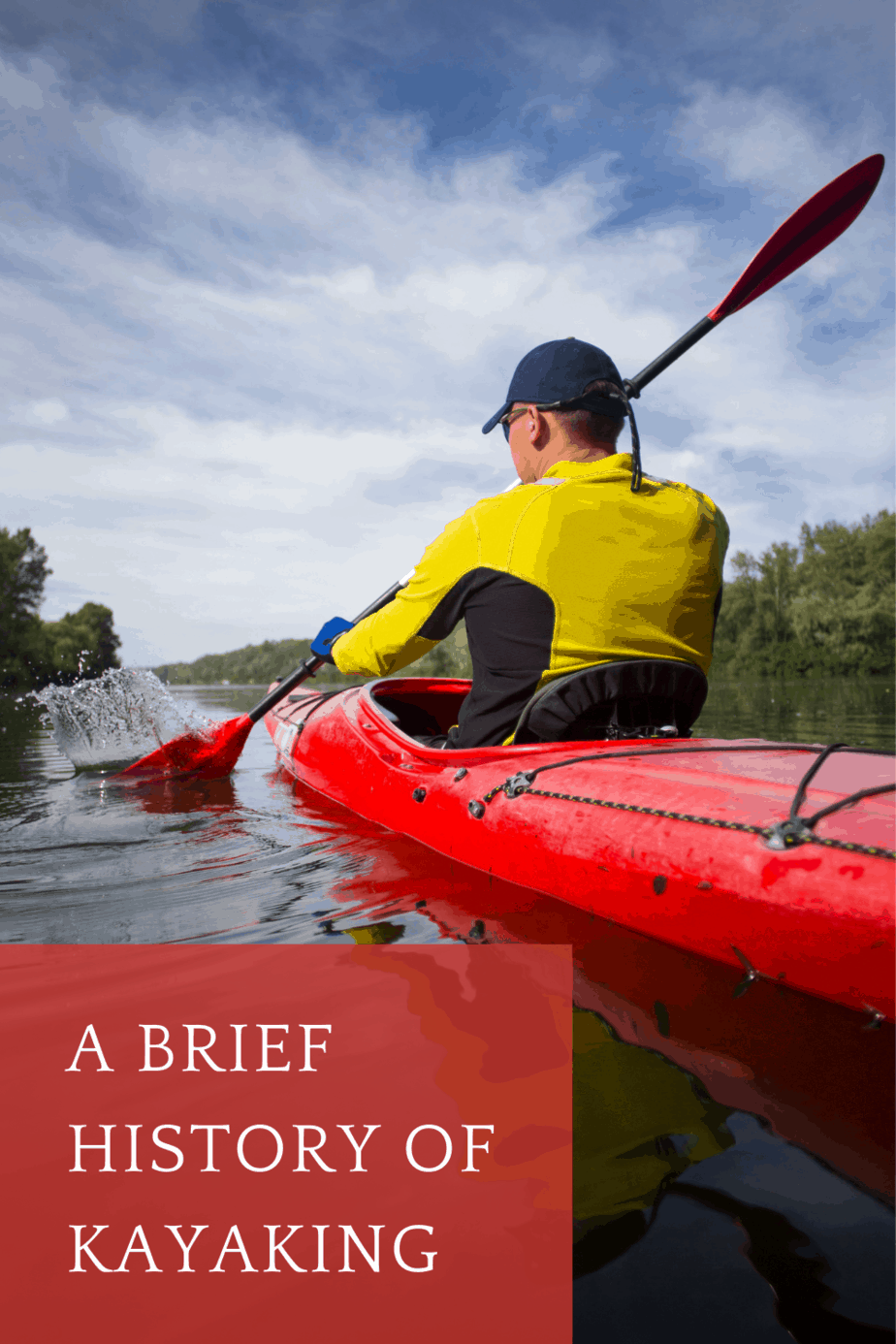