Like most extreme sports, whitewater kayaking is equal parts exhilaration and risk. The rush comes from successfully navigating rapids, boulders, waterfalls, and even underground rivers. Any risk can be mitigated by buying the correct kayak for the run you want to make, making sure you know your limits, and being properly prepared.

To help out with this, we’ve put together a buying guide to help you understand what you should be looking for in a whitewater kayak, reviews of the best whitewater kayaks on the market, and a jargon buster so you’ll know your boofing from your boulder gardens.

Before buying a whitewater kayak, it’s important to recognize that not all whitewater kayaks are the same. Different models of kayaks can have vastly different design features depending for what type of whitewater run they are designed. To help you pick the right one for you, here is a list of the most common types of whitewater boats and the runs they are normally used for.

Freestyle boats are for doing tricks and are therefore not really suited to paddling downriver.  They tend to be very short for a kayak, with a wide, flat hull to enhance surfing and target buoyancy to allow them to perform aerial tricks.

River running playboats are designed to allow the paddler to perform tricks and stunts without sacrificing the length needed to run rivers. This type of kayak is made for people who want to perform playboat tricks without giving up control or speed while paddling downriver and running rapids.

River running boats are designed to follow fast moving river-courses downstream. These “river runs” normally feature high-speed kayaking and the natigation of obstacles, such as holes and drops.  They have slightly reduced volume and rocker compared to creek boats and are therefore faster. Some models have harder edges or flatter hulls that are to enhance surfing.

Creek boats are large volumed, high rocker boats made for running steep, difficult whitewater.  The volume and rocker are both there to keep you from submerging and to make boofing easy. The rocker also allows for greater maneuverability when navigating tight winding watercourses.

Long boats are designed for fast river runs with gentler whitewater sections. They also have greater volume and more storage area for gear. Their long narrow shape lets them build up speed but cuts down on their maneuverability. The stern rocker is an important measurement when buying a longboat; more stern rocker will make a boat slower in pools, but it will turn faster, and boof better in rapids. Less stern rocker will make the boat faster on the flats and it will track better, but it will also be harder to turn, correct, and boof.

As a rule there are two primary types of whitewater kayak hulls, a planing hull or a displacement hull.

Chines are the section of the boat’s hull that sit below the waterline and have a drastic effect on how a kayak handles. They tend to come in one of two designs.

The rocker refers to the upward tilt of a kayak at the bow and stern. The more rocker a boat has, the more maneuverable it is. The flatter the rocker is, the more speed a boat will pick up and its tracking will be better.

Kayaks with a higher rocker tend to be able to negotiate rapids and obstacles with greater ease. A higher rocker also allows a kayak to right itself easier after a bad landing when running a drop. Creek boats and river runners often have higher rockers to keep them agile when running tight watercourses or boulder gardens.

Volume is slightly more important to whitewater boats than it is to other kayak types. It contributes to how much gear you can store and the maximum weight the craft can take, but it also has more technical uses. In whitewater kayaks, the amount of volume and its distribution affect the way the kayak handles. As an example, creek boats tend to have their volume massed at the bow, thus allowing them to stay horizontal during drops and “pop” out of holes.

The Mamba Creeker combines maneuverability with the durability you'll need to throw yourself down the steepest and most twisting watercourses. Its stiffened and reinforced plastic hull can take a few collisions without cracking, and the added rigidity makes the Mamba easier to control. Helping with this control is the Mamba’s new fully adjustable seat, making sure you are both comfortable and fully in control.

The Mamba has a planing hull, which allows it to slide across the water and lets you slide around those tight obstacles. The volume is concentrated into the bow of the boat, keeping the nose up during drops and giving it plenty of “pop” to pull you out of the hole at the bottom of the fall. Storage is handled by a a rigid storage tray that further adds to the hull’s stiffness.

Summary
The Mamba Creeker is designed to be a comfortable fit for anyone, be they beginners just learning to boof, or hardened veterans used to charging whitewater. It is agile, responsive, and the added rigidity does wonders for its control.

The Dagger Jitsu is an excellent playboat with all the agility you’ll need to quickly master tricks at your nearest park and play. It’s designed for maximum maneuverability with hard chines and a planing hull allowing it to skip over the water. At a diminutive 6 feet in length, it is responsive to paddler input and easy to control. It’s lightweight too, at only 38 pounds, so carrying it to the river won't be a problem.

The downside of all these excellent playboat features is the Jitsu’s lack of downriver performance. Its short length and planing hull means it won't be picking up any real speed and tracking over long distances in going to be a problem.

Summary
The Dagger Jitsu is very good at what it does, being an agile lightweight playboat that you can enjoy performing with down at your local park and play. If you’re looking for a boat that can also run agressive rapids and handle a downriver run, then the Jitsu’s low volume, poor tracking, and short hull mean you should probably be looking somewhere else.

The Riot Magnum is a creek boat designed with extra stability in mind, allowing beginners to experience a whitewater run without throwing them in at the deep end. The displacement hull cuts through the water, keeping the Magnum moving fast while the high rocker keeps it maneuverable.

The Magnum has soft chines which keep the boat more stable, but you will need to be a little firmer with the paddle to get the boat to accept input. At 45 pounds, the Magnum certainly isn't heavy, which will come as a great relief if you have to carry it for any real distance.

Summary
​The Magnum is a great multi-purpose boat, allowing you to take on a variety of whitewater runs. The displacement hull and its length keep if fast on flat water while the high rocker keeps it agile in tight turns. The multi-chine hull adds great stability, making it the perfect boat for beginners to start whitewater running in.

Surf kayaking is a very specific subsection of whitewater kayaking that involves using your kayak to catch and ride waves in the same manner as a surfboard. The Boogie 50 excels at this because of its unique design. It has a very low-volume planing hull that allows it to skip along the waves without digging into them. Its small size, light weight, and low rocker also make it easier to maneuver when you are riding the wave.

Fitted with twin fins at the rear of the kayak, the Boogie has excellent lateral control and great tracking. This allows the kayak surfer to avoid being flipped when the wave breaks and also makes it easier to make quick lateral adjustments when you’re riding the wave.

Summary
Fast, responsive, and laterally stable, if you’re looking for a great surf kayak then the Boogie 50 is a fantastic choice, but like all specialized kayaks it only really functions to its highest potential in the environment it was designed for.

The Dagger Zydeco is an ideal choice if you are looking for a kayak that can handle both moderate whitewater and still perform well as a recreational kayak. It’s agile, easy to turn, tracks well, and has a comfortable and stable cockpit set-up

The Zydeco’s narrow hull and high rocker give it the agility to take on moderate white water, and the width of it cockpit means it can be fitted with a spray skirt to prevent water being kicked up into the cockpit. Its displacement hull and hard chines, however, means it won't function as a playboat as it cannot plane across the water.

On flatwater the Zydeco tracks well and its narrow hull allows it to pick up a reasonable speed despite its short length. It lacks a skeg or rudder, so tracking can be an issue, especially in high winds were the Zydeco is prone to being nudged off course. Because of its short length, the Zydeco lacks the storage capacity for all but the most vital of gear.

Summary
Although not a purpose-built whitewater kayak, the Dagger Zydeco is capable of handling moderate whitewater while still staying agile and easy to control. You won't get the same performance that you would from a fully fledged whitewater ‘yak, but the Zydeco makes up for this by being light, easy to transport, and having good flatwater performance, making it ideal for those looking for one kayak to use in a range of environments.

Out of all the excellent whitewater boats on this list, we chose the Mamba Creeker because of the amount of activities it allows you to do. It’s agile and responsive enough to handle a twisting creek run or boulder garden while retaining enough downriver capability to keep it fast, and tracking straight. If you’re looking for a kayak that will take on different parts of the river without you having to switch boats every five miles, then the Mamba Creeker is the one for you. 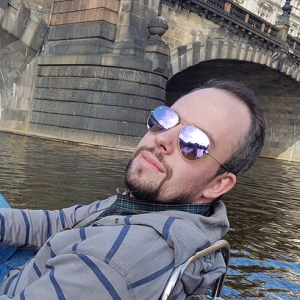